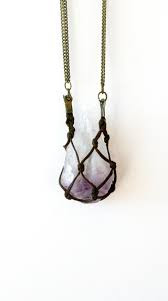 Amethyst stone necklace
It was unfair. The entirety of the situation was unfair. I had gone my whole life with Ava as my best friend, me always in her shadow. I, Lucy Stronghold, had found out about the secret to Ava McCarthy's success. The damn necklace she wears was the key to it all. She had picked it up at an yard sale about 3 years ago. Some old lady was selling her things out of the bed of her truck. As soon as Ava had picked up the stone necklace the old woman struck her a bargain. Soon after Ava had everything she could have ever wanted. She began to ace all of her school assignments, she made the varsity soccer team, she won the election for student body president and she even got the boy of my dreams. All of this just because of some ugly voodoo luck charm she picked up from somebody else's junk. I am not an overly jealous person. But when you spend 3 years known as Ava McCarthy's sidekick things start to rub you the wrong way.
But I had come up with the perfect plan to get the necklace for myself. During Spring of last year Ava got sick. Surprisingly, her good luck charm couldn't keep illness at bay. I like to think that my skills of persuasion are the best out there, I mean, I was able to convince Ava that the necklace that brought her good fortune for the past three years had her in the hospital sick with pneumonia. With the work of my silver tongue, I was able to get Ava to relinquish the necklace onto me. I remember exactly where I was when I first put it on. I was sitting on my bed in my bedroom after visiting her in the hospital. As soon as I clasped the jewelry around my neck my phone started to ring.
It was Kyle. The boy of my dreams, the one that Ava took from me. He had called me to see if we could get together to make Ava a get well basket. While it wasn't my preference for the first time we hung out to be in the sake of Ava I agreed. After that first time we began to hang out more. I had felt the true power of the necklace. I had taken Ava's spot as interim student body president and I had even found myself playing more on the soccer team. It wasn't until Kyle had told me he planned to break up with Ava that I knew I would no longer be the sidekick. I would be the hero.
We went to the hospital together, he was planning on telling her he had feelings for me while she was in bed. While that may be cruel, I was too focused on the fact that I was getting all I ever wanted. When we showed up to her room we were surprised to see Ava walking around and getting her things together. She had explained that she didn't have pneumonia anymore and was able to come back to school. I began to feel faint and my temperature ran high. She couldn't come back not yet! She had noticed the look on my face and pulled me towards the chair. I couldn't speak. No, I couldn't even breathe. She called in the nurse and had test run. What do you know...It was pneumonia.
So here I sit. In a hospital bed with no visitors. Ava had taken the necklace from my neck scolding me for not taking the same advice I gave her. Who would have thought that my fib about the necklace causing pneumonia would have been true. I lost everything I seeked to gain and what did I have left to show for it. An IV in my arm and tubes in my nose.
Author's Note:
For this week's storytelling assignment I wanted to take the idea of betrayal and power from the story "The Secret Name of Ra" retold by Donald Mackenzie. In that story it, the "Mighty One" Ra becomes ill due to his daughter's jealousy of his power. She casted a spell to make a serpent strike him and make him fall ill. It ends with Ra's daughter, Isis, learning his secret name and having his power for herself. There were no consequences of her betrayal of her father. So I wanted to include that in my retelling. I felt that a betrayal of that sort deserves some sort of punishment. In my story the power is represented as a magical necklace which grants good fortune to whoever wears it.
Bibliography: "The Secret Name of Ra ", Donald Mackenzie (1907)
at September 24, 2020 4 comments: 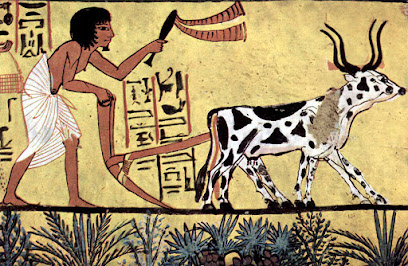 Ancient Egyptian plowing
The story that stuck with me the most throughout this second part of reading was the story of "The Two Brothers". This story also had themes of familial deception and betrayal, similar to Part A. In this story A younger brother lives with his older brother and his wife. The wife makes a move on the younger brother. He of course rejects her out of respect for his older brother. But the wife calls for her husband telling him his brother made an advance on her. This family betrayal is an interesting theme I have been seeing in the Middle Eastern and Indian units. I think this could be a good theme to incorporate into my storybook project. My storybook project is surrounding the Greek mythology, however, they are all related and have sibling rivalry or backstabbing parents. In the end the brothers make up and go to save the younger brother's wife from a king together. I could bring together the family in my storybook by having them complete a common task.
Bibliography: "The Two Brothers", by Donald Mackenzie (1907)
at September 23, 2020 No comments: 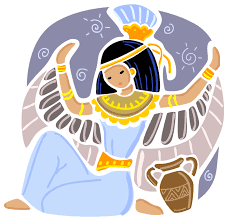 Egyptian Goddess Isis
This week we were to read Middle-Eastern and Indian mythology. I chose to learn about the Ancient Egyptian gods and goddesses. Part A started out with the creation of the gods. Nu was the essence which was found in the water. He created a son by the name of Ra. Ra was far more powerful than his father and became the "Mighty One", reigning over all the gods including his own father. It was from Ra that all the other gods were born. Ra had a child by the name of Isis. her story intrigued me the most. It dealt with unknown family betrayal. Isis was the the goddess of magic. But she was dealt to roam the lands as a woman. She grew tired of the ways of mankind and sought to walk alongside her father with the other mighty gods. Ra was given a secret name, from which his power derived. She betrayed her father in order to strongarm him into giving her the name as power of her own. The author's descriptions made this seem like it was a betrayal for a throne. Similar to the first Thor film. Loki found his father too weak to rule and brought along frost giants to put him in the Odinsleep. I believe that children defying and betraying their parents is not an uncommon theme in mythology. I just thoroughly enjoyed how Donald Mackenzie portrayed it in this retelling.
Bibliography: "The Secret Name of Ra", by Donald Mackenzie (1907) 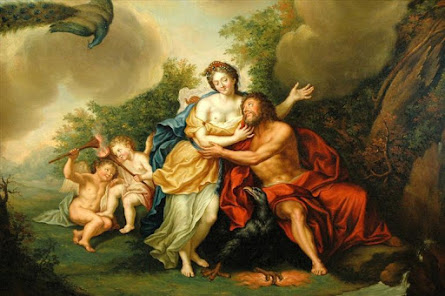 Zeus and Hera
For this storybook project I think I want to zone in on all the scorned lover stories from Greek mythology. I want to take these stories and put them into a high school setting. Half of the "lover scorned" myths seem like they could be turned into petty high school drama. I could especially have fun retelling the ones surrounding Hera and Zeus. As Zeus seems to have a problem staying faithful to his wife.

I think that I will somehow connect all these stories in a way. Whether that be a connection as they all go to school together or the victim's (the women) of the gods' wrath will have some sort of school club where they talk about stories after the fact. I want the reader to be able to connect to these stories. While the stories are outlandish, I want the audience to be able to pinpoint a story and be able to connect it to some part of their life where maybe they had relationship drama or heard about it happening in high school.
at September 20, 2020 No comments:

Email ThisBlogThis!Share to TwitterShare to FacebookShare to Pinterest
Labels: Project 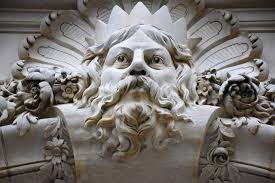 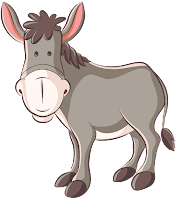 The ending of this story was very surprising in a way and definitely branched away from fairy tale norms. We are used to a knight in shining armor heroically coming in to rescue a damsel in distress. Instead we get a comic relief in the donkey coming in to save the fair maiden. I think this was a good example of using irony in storytelling. I like using this type of literary device in my own storytelling processes. I can see myself using a surprise ending and irony in a retelling of this story. It also did a great job of having a leaving all loose ends nicely closed, but also leaving some room for a cliffhanger.
Bibliography: "Cupid and Psyche", by Apuleius translated by Tony Kline.
at September 16, 2020 No comments: 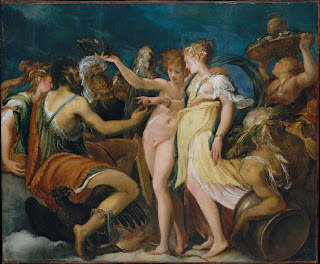 Cupid and Psyche
I am not as familiar with Roman mythology as I am with Greek mythology so the story of Cupid and Psyche was pretty new to me. However, for last week's comments assignment I got to read somebody adaptation of the story. It gave me an idea of what I was getting into before reading the actual one. The first thing that I noticed was that this story is in first person narration. That is different than most of the other stories I have read so far. It left me wondering who's point of view this story was being told from. Eventually, I realized that it was a story inside of another story. A woman is captured by a group of bandits and held for ransom. I thought the author did an interesting job of using irony and juxtaposition in this story. The thieves claim that the woman shouldn't fear her life or honor because all they were doing is holding her for ransom. They had no intentions of harming her. But the woman still feared them. Claiming to an old woman that they were going to hurt her and that she feared for her life. Another thing I thought that was interesting was the delivery of the story. I had the story read to me and it was a completely different experience. I felt like I was the captive woman being told the story by the old woman. It brought me back to the days of actual storytelling, no books or e-readers. If anybody is intrigued by that than I highly suggest you try it!
Bibliography: "Cupid and Psyche" Written by Apuleis. Translated by Tony Klein

Amethyst stone  necklace      It was unfair. The entirety of the situation was unfair. I had gone my whole life with Ava as my best friend...